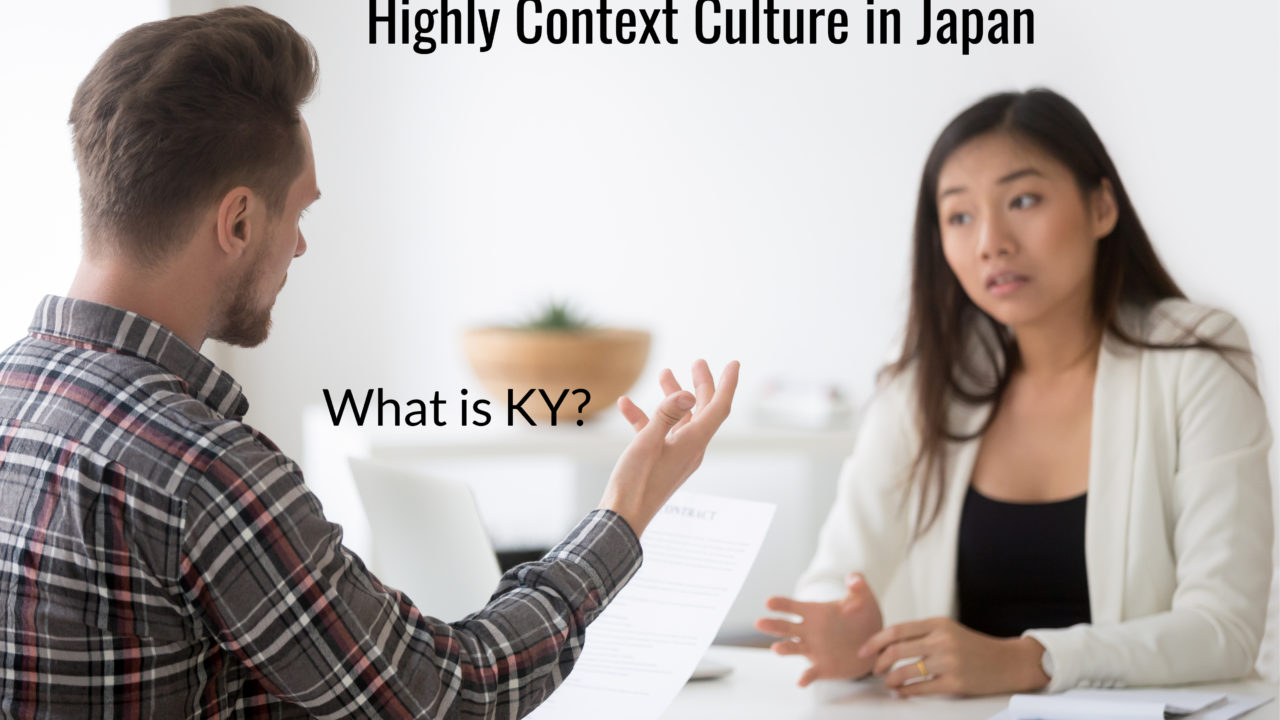 The proverbial saying “silence is golden” is nothing short of the truth in Japan when more often than not, saying nothing is a form of communication.  Most western nations are used to verbally expressing their ideas and explaining their feelings openly. However, many countries communicate in a more subtle manner and leave listeners or receivers to read between the lines.  Japan is one of these countries where knowing the unspoken and invisible rules are highly important.

Here are some tips and hints for non-Japanese residents or visitors on how to get along with Japan’s high-context environment.

Japanese people tend to avoid saying “No” to your invitation or proposal.

For Instance, when Japanese people are invited to a party by their friends, they are unlikely to say “No” even if they don’t feel like it. Instead, they would say “I want to go but I have another appointment on the day”, or “I’m very busy recently and not sure I can go”. Detail explanation about the reason why you cannot attend is usually not necessary because inviters are not supposed to step in to it.

Just like this, Japanese employers or employees are not likely to say “No” to business proposals. So, if they told you that your proposal is good and they’ll consider it, you shouldn’t accept their words as it is. What they are thinking may be opposite from what they are saying.  If they don’t like your proposal in their mind, they will never consider it.

So, you need to observe their reaction carefully to find out whether they are positive or negative.

Another important cultural expectation in Japan is  having the ability to “Read the air.” or 空気を読む(Kuuki Wo Yomu).  This expression may sound odd. It stands for ability to feel the atmosphere of the situation. For example, imagine you go out for a dinner in group. After three hours, other members got tired and want to go back home. But only you are very excited and keep on talking about your story. You may fall prey to the term of “KY” or 空気が読めない（Kuuki Ga Yomenai) which is the equivalent of a person who cannot read the air or the atmosphere with a group. KY is different from selfish or mean. They are just not sensitive enough to what other people are feeling.  In high-context culture, person who can read the air tend to be liked.

Not good at expressing their opinions

There is a good proverb which expresses Japanese nationality “出る杭は打たれる(Deru Kui ha Utareru)” meaning “The nail that sticks out gets hammered in.” or “The best policy is to keep your head down”.  As this proverb says, Japanese people tend to prioritize harmony of the team and do not try to stand out.

Thank you for reading this article.

Getting used to a different culture is never easy , however, it is always better to have some expectation.  This, of course, applies to Japanese people when having communication with non-Japanese. Be open-minded and accept diversity. It is not always necessary to conform to other culture but a little respect goes a long way.

BY ATSURO TSUJINO (a Lawyer in Osaka)

and RYO TSUKAMOTO (a Specialist of Education and Communication in Kyoto)