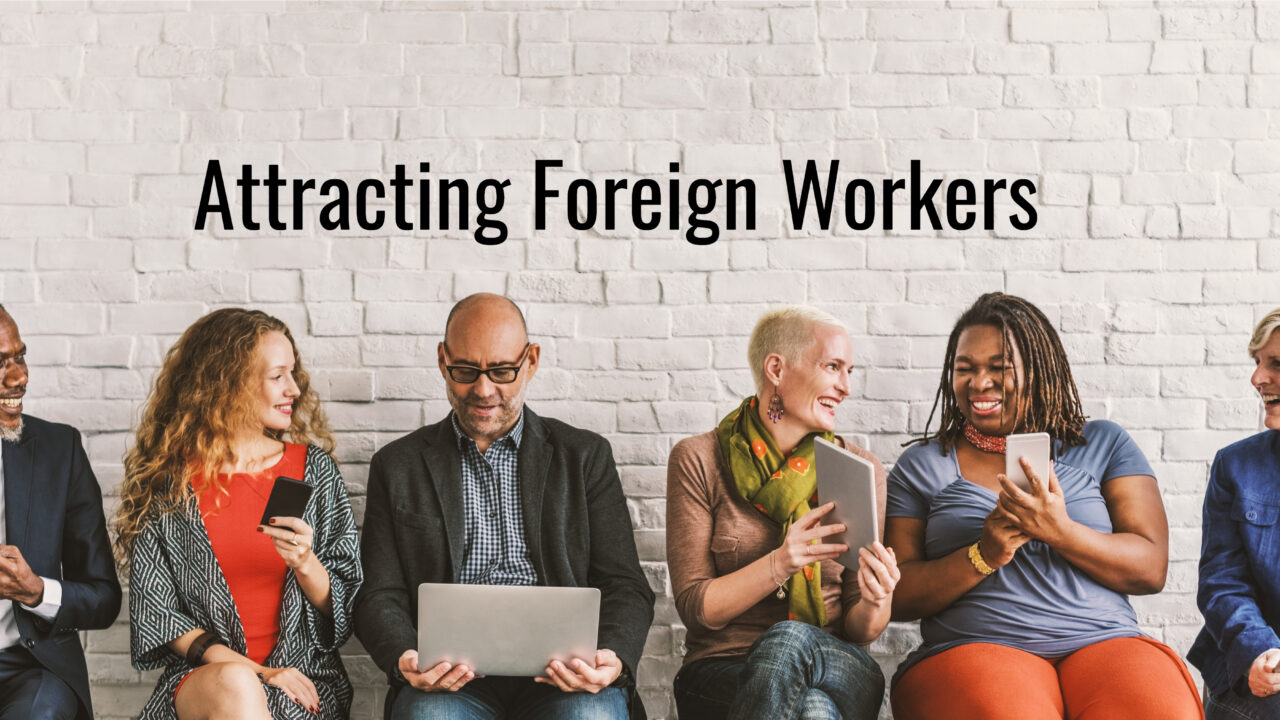 About eight years ago, I lived in the countryside in Niigata, Japan. I could count using my fingers how many foreigners live in the town simply by going to the main train station’s Starbucks. Yes, there were that few. Many of the foreigners living there are either English teachers working for the JET Programme, an eikaiwa or English language schools, or doing their missionary work. At that time, whenever I visited popular cities like Kyoto, Tokyo, or Osaka, I rarely meet any foreigners working at kombini/convenience stores or shopping malls. Fast forward to 2020 and you can find at least one foreign staff in any shop at a department store, drugstore, and even at your local kombini.

Japan is slowly but surely becoming more international. You might wonder why this is happening but think about it. Similar to developed countries like Germany and Canada, Japan is also experiencing low fertility rates and an aging population. With the increasing number of retirees and seniors, the number of working-age citizens is decreasing. Industries that need a significant number of workers include agriculture, construction, nursing, ship-building and many other service-related careers. The solution? Hire foreign workers.

Is it easy to find employment opportunities for foreigners?

For many available careers, low-skilled workers are in desperate need. These are jobs that many Japanese cannot do, are unqualified for, or they do not want to apply for them. Unfortunately, these workers’ visas are limited and they can only stay and work in Japan for a limited time.

Despite the niche for low-skilled workers, the Japanese government wants to attract talented and highly educated foreign nationals or “the highly-skilled” by using the Point-Based Preferential Immigration Treatment for Highly-Skilled Professionals system introduced in May 2012. This system originated in Canada and is now utilized in Australia, New Zealand, and Denmark. The premise is the country will recognize an applicant’s advanced level of academic education, Japanese language skills, extensive work experience, income, age, and other career-related qualifications on their way to acquiring a permanent residency in Japan.

Although Japan is finally opening its borders to immigrant employees, many still experience discrimination due to Japan’s traditionally conservative beliefs. Japan prides itself for being homogenous and Japanese people have a strong sense of national identity. Therefore, even though many foreign workers are helping with Japan’s economic growth by taking over jobs the Japanese do not want, they are still experiencing various challenges in their everyday life.

The road to acquiring a “permanent residency” is not always smooth, for many, it is a rocky one. Each foreign worker’s experience differs depending on location and job description. Prospective highly-skilled foreign workers have a higher chance of entering Japan and receiving their “permanent visa” much faster.

Even so, many have to work and deal with cultural and language barriers, especially the lack of English use even in large internationally acclaimed Japanese companies. For the highly-skilled with dependents, some of the issues and concerns lie in their partners not being able to find friends or community support and finding an affordable international school for their children. Other reasons why talented foreign workers are having second thoughts of working for a Japanese company include working long, unproductive hours, unattractive Japanese salaries, communication is strictly in Japanese, and many corporations insisting foreigners conform to “the Japanese way” of doing things.

Will this situation improve?

The Japanese government is currently trying to improve the standard working environment in Japanese companies. Of course, this applies to foreign workers working in the company as well. For instance, by providing subsidized Japanese language lessons for foreign workers and their dependents, foreign families can better assimilate in the culture and communicate with local Japanese. With the increase in the number of foreign children in Japan, the demand for more affordable international schools will also increase.

Also, as many skilled immigrants prefer careers with generous offers and various incentives, Japan needs to provide a competitive salary to be able to compete in a global market. Finally, demanding that foreign workers adhere to a Japanese corporate system may be the wrong approach. Japanese companies should modernize and adopt new management techniques to appeal to potential foreign employees. As soon as Japan implements a nationwide change in the working culture, more talented foreign workers will reconsider working in Japan.

Japan needs skillful workforce overseas for many reasons.It is reasonable that foreign nationals complain about the entry res...
RELATED POST

How to find a Hospital in Japan wher...