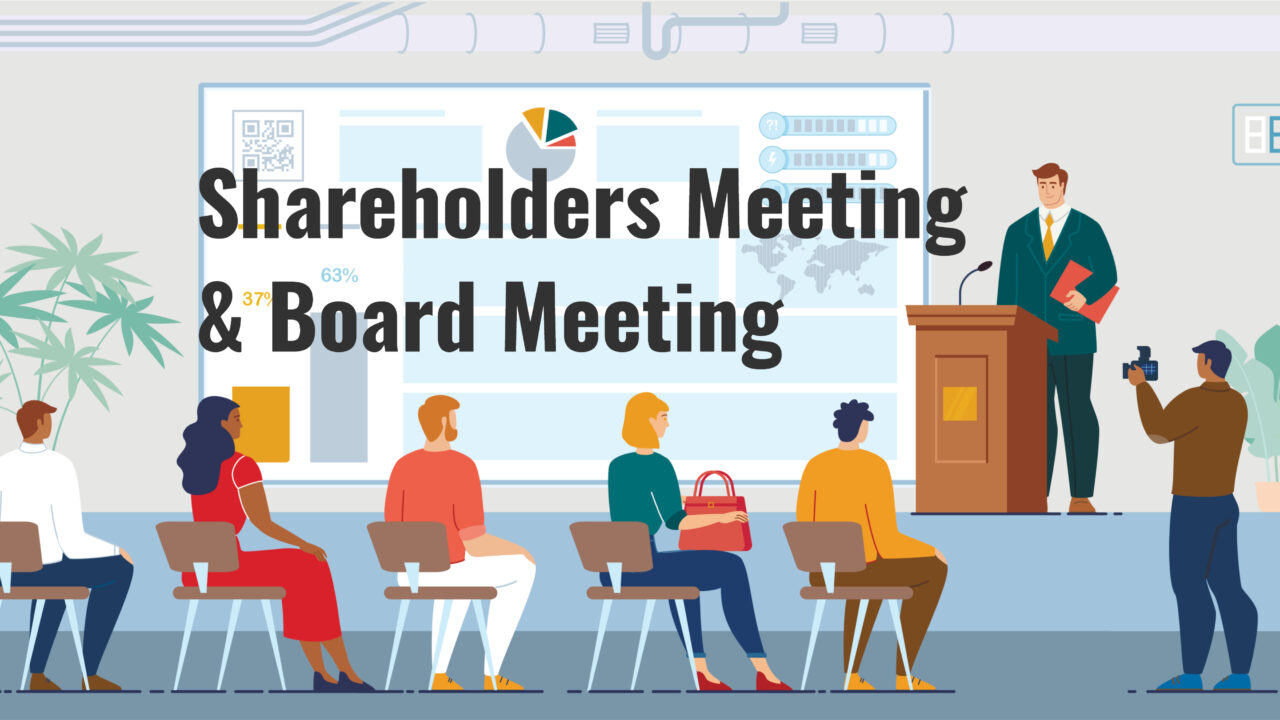 According to laws, Kabushiki Kaisha(Stock Company) is belong to shareholders, not directors, officers or employees. So important decisions have to be made by Shareholders Meeting (Kabunushi Soukai).

Every Kabushiki Kaisha has to hold Shareholders Meeting at least once a year within two or three months from the end of each fiscal year.

How to hold shareholders meeting

After shareholders meeting, companies have to make the minutes and keep them for 10 years.

What is Torishimariyaku kai (Board Meeting)

Companies with board of directors are required to hold Board Meeting (Torisimariyaku Kai) at least once every three months and the representative director（代表取締役） has to report the performance of its duty in the meeting.

Board meeting can decide almost anything related to the business operation except for the matters which need to be decided by shareholders meeting according to Japanese Companies Act. 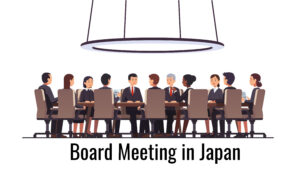 How to hold Board Meeting

A company has to issue invitation to directors and auditors by 1 week before the board meeting. This one week period can be shortened by writing so in the articles of incorporation.

*Directors who has special personal interest to the matters to be resolved cannot participate the resolution.

Pros and Cons of establishment of Go...

Documentations when your company hir...